HOW I GOT MY (DREAM) AGENT

Look, my last blog post was TWO PITCH WARS ago. So suffice to say, I do not blog. But I have been dreaming of writing a "How I Got My Agent" post for three-thousand years. So, FOR TODAY, I am a BLOGGER.

This story is long, so strap in, kids. It's gonna be a minute.

So I've been writing since I was 12-13. First fanfictions, and then, eventually, I started a kind of co-writing thing that went on for years with a good friend of mine, then some overlong original novels. But I didn't really level up, prose-wise, until around 2014--that's right LITERALLY OVER A DECADE LATER. It's when I met my first beta reader, Katie Hahn (then Katie Ogle), and I started to look into being self-published. At the time, querying, and putting myself out there to get the many rejections that were prophesized with it, was just too scary.

So I paid Katie and another editor to help me edit my first (decent) novel, and eventually published it in September 2016. It did okay. But I was a one-woman marketing team, and I had no experience at it. So, all things considered, it did as well as it could. It even got mentioned in booktuber, whittynovels, favorite reads of 2017 video! So, not terrible, but I realized, swiftly, that it was not what I wanted.

I wanted to see my book on a shelf. And without spending four trillion dollars, I was going to need an agent for that. So, I started drafting my next novel. It was such a good experience. That novel lit me up inside. I was so sure everyone was going to love it. I was so sure this was IT. I sent it to CPs, met new people, and they all fell in love with it. My voice, my writing, all of it. They loved me. I found out about DVpit and gave it a try. My pitch was a massive success. I got tons of agent likes.

One of the CPs who'd loved the novel even begged me to query the agency she was currently interning at. She wanted me to submit to a specific agent there, but I'd already queried another one. So for now, I left it with the agent I'd already queried.

I was so sure that this was it--that soon I'd have an agent and be on my way. I was absolutely on cloud nine.

Oh, past Briston, you poor little caterpillar masquerading as a butterfly.

I got requests. A little bit of interest, but nothing compared to the likes I saw in DVpit. It was a long, slow realization, but after a some time, I had to acknowledge that it wasn't going to happen.

It absolutely crushed me.

It took a long time, probably close to six months, but thus is the publishing industry. Finally, I went to bookcon with my writing group (I HAD A WRITING GROUP), and actually ran into the agent. And by ran into, I mean she showed up where we were eating dinner and I essentially had a heart attack right then and there. Oh, and, did I mention I was five months pregnant?

I had no idea how to approach this person or even if I should. We'd spoken a few times since I'd sent her my manuscript, but never at length. I didn't want to assume anything. I knew nothing about her, or like, anything so I just stared at her awkwardly all night, or at least, I thought about staring at her. I'm pretty sure I was too scared to LOOK AT HER. I'm also pretty sure she was amused by me.

Eventually, we talked a bit. We discussed some of my other manuscripts, one of which I'd nearly completed by that point, and she said she'd like to see it too. I enthusiastically agreed. We left bookcon, without me dying a dramatic death. But, afterwars, one thing had changed: I knew exactly what I wanted in an agent. I wanted her. She had this air about her. It was comforting, and she felt like she knew what she was doing. She was confident, but casual about it. I trusted her, inexplicably. Listening to her talk about agenting, even in passing, was like falling in love. I was somehow both in awe and completely comfortable with her, and that's what I wanted. Someone who knew what they were doing; someone kind and open and friendly. She was all of those things.

I left with a giant agent-crush on her.

I sent her my new manuscript once I'd finished, even though she was still deciding on the first one. Life continued. I had a child. I queried (very narrowly) the second manuscript while I waited. But it wasn't getting the response I wanted, and I wasn't satisfied with it, so I didn't query much.

Eventually, I found out my agent-crush was changing agencies. She let me know she really wanted me to resubmit once she had settled at the new place. She left her old agency and gave me a very insightful, and in her words, "a very strong R&R" on my first manuscript and told me to resubmit the other. I loved her ideas for the first MS. It was just more confirmation that she was who I wanted to work with. So it sucked to ultimately get rejected, but it was promising. She still wanted me to submit the other manuscript.

But by this time, I'd written ANOTHER manuscript, one I was was much prouder of. I asked her if I could withdraw the first (well, second) submission and send her the new MS. She said that was fine, so I did. In the meantime, I queried that same manuscript semi-widely, as widely as my anxiety would let me. This went much better than my other attempts at querying. I got lots of requests, much more than I had with any other manuscript.

But, inevitably, while I waited, I decided to work on something new. Rejections had started to trickle in, and I wanted to pursue something on the YA contemporary front. I finished the manuscript, and had all but decided to withdraw ANOTHER manuscript and try the fresh one.

While all this was going on, I'd developed an even closer group of writing friends, and we'd all decided to go on a retreat together. It was my first time away from my baby, so I was a bit of a mess (I'd considered bailing, but I figured I'd regret it.) I headed out on July 31 to go hang out with my writer friends, excited but trying and failing not to cry about my missing baby girl, and then I got a call.

I didn't recognize the number, but it was from the same state the retreat was in, so I figured it was one of my friends calling me for something. When I answered, the voice didn't sound like any of my friends, but I was still so sure it must be. I asked "who is this?" and she said "Kelly." And, for the second time, Kelly Peterson nearly induced cardiac arrest on my weak and feeble mortal form.

She talked to me, gave me her editorial vision for the manuscript (which was SO GOOD), but said she was so impressed with how much I'd grown and she had absolutely fallen in love with the manuscript. SHE OFFERED REPRESENTATION. WHILE I WAS ON MY WAY TO A WRITING RETREAT.

AND THEN I DIED.

OKAY NO I DIDN'T.

BUT I DID SQUEAL THE ENTIRE 11 HOUR DRIVE TO PA. My husband was driving and he valiantly put up with it with a giant smile on his face.

I barely remember the call, all I could say was "okay, okay!!! okay!?!?" in varied inflections. I'm confident I said it about sixteen thousand times. She hadn't even emailed, she'd just CALLED ME (even though I did see a message later asking if I was working that day--I hadn't seen it before the call though!) I'm pretty sure I was in total shock for like 2 hours. She told me to call her back with questions, presumably because she could tell I was in no state to be asking Important Agent Questions, and told me to notify any of the other agents with my query.

I did, and got a couple more requests for the full. I gave a week and a half notice, but vacation season got the better of a lot of the agents. A few of them politely stepped aside, but a couple others didn't have time to read it due to vacations.

Always one for due diligence, I followed up with Kelly's past and present clients. All of them had nothing but praise for her. Her past clients were sad to have parted ways, and none of their reasons were failings of Kelly. It was just a bad fit. Her current clients were clearly as in love with her as I was, and hearing them just cemented what I already knew. Kelly was the perfect agent for me. But, like, I thought I'd known that beforehand, but what her clients had to say absolutely blew me out of the water.

In all honesty, it would've been nice to get multiple offers, but there was never any chance of me choosing anyone else. Kelly was the one for me. She had been for almost two years. Any time I pictured my agent, it was her. I'd seen enough of her and her clients to know that she was everything I wanted in my agent. Open, fearless, smart, kind.

I signed with her on August 12, 2019, and she's already absolutely blown me away with ideas for my future. She's already been everything I expected her to be, and I've been with her less than a week. My brain and my heart haven't stopped smiling since I signed the contract. It took over two years of query hell and endless waiting for me to get here, but this story couldn't have ended better.

I'm so fucking excited. I'm excited I get to write this post. I'm excited to be on the other side of this milestone, and above all, I am so excited for Kelly. Because she is, quite honestly, my dream agent. 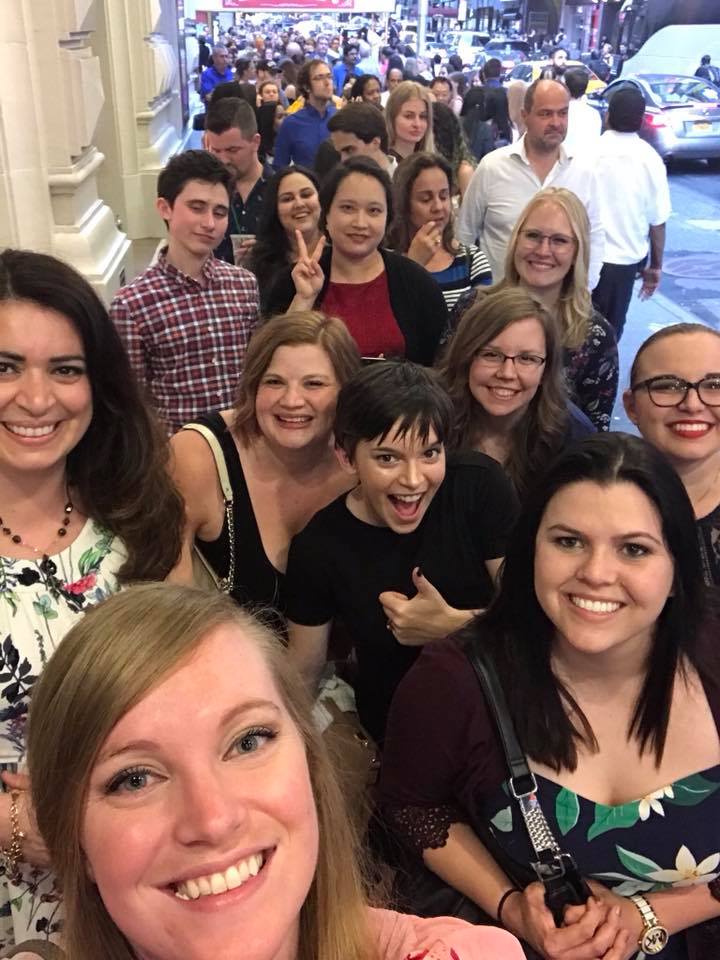 Write Your Own Deliverance